Acupuncture in the Treatment of Children 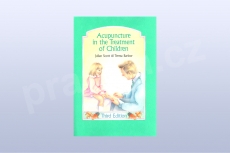 Podrobný popis Acupuncture in the Treatment of Children

Pediatrics has long been recognized as an important branch of traditional Chinese medicine, and there are many specialized texts in Chinese devoted to this topic. In its first two editions (1986, 1991), Acupuncture in the Treatment of Children became the leading English-language textbook in this field.

In this broadly expanded third edition, the authors explore a number of new topics and revisit many of the old ones with fresh perspective. In addition to the thirty subjects covered in earlier editions are sixteen new chapters which examine a wide variety of topics, from basic childhood patterns, puberty and the stages of development, immunizations, and learning difficulties to hayfever, hyperactivity and attention deficit disorder, autism, Down’s syndrome, cerebral palsy and infantile paralysis. There is a new outline of patterns commonly seen in children, and an extensive survey of pediatric symptoms and disorders that are treatable with acupuncture.

The focus of this third edition is squarely on the problems of treating children in the Western clinic. New patterns that are unique to the lifestyles of children in the West—and new wrinkles on old patterns—are presented candidly and with a refreshing lack of jargon. There are also many new case histories sprinkled throughout the text, bringing theory down to earth.